My mother lives in Westport, Connecticut while I live in London. While we make it a point to see each other at least four times a year (especially now that Colin is around), I do end up missing some important holidays, like mother’s day. Because I’m not in the deep throws of new parenthood this year, I actually have the capacity to focus on making my mother feel loved, even if I’m a few thousand miles away.

This year, she’s getting a:

1. Greeting Card from Colin. I got on Shutterfly and personalized a (grand) mother’s day card on behalf of Colin. I’m  guessing that this will be a favorite, hands-down. 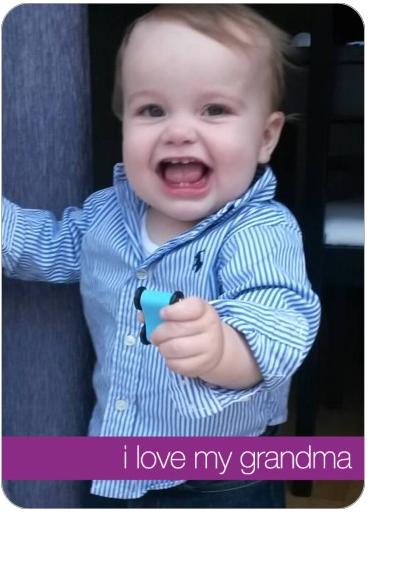 2. 8×10 Desktop Plaque from Shutterfly. You guessed it. With more pictures of Colin, but with her. 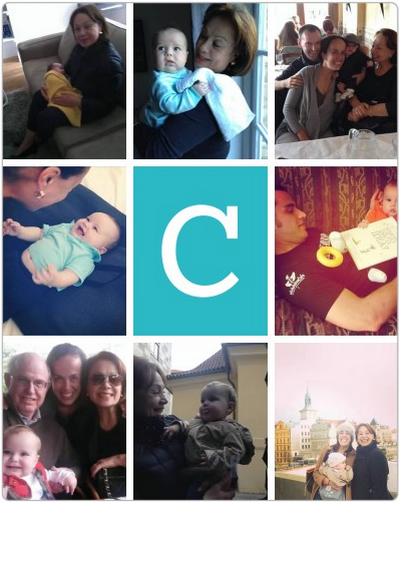 3. The Happiness Project One-Sentence Journal: A Five-year Record My mom has a difficult time sitting down for long periods of time. Additionally, she is always impressed / surprised with how fast time passes (I think this is a function of not being fully aware of her day-to-day comings and goings). I figured this journal would give us something to talk about over facetime or text, and wouldn’t be very overwhelming to complete.  For me, it’s going to be cool to know what that one daily happy thing for her was. I.e., it will make me feel closer to her.

4. Barcraft Champagne and Sparkling Wine Stopper – Evan and I are full of champagne stoppers, which means our bubbly lasts up to a few days (Something very important for when you have a baby, or a toddler, or a human depending on you). Last time I was in Westport, Connecticut, I noticed that my mom had to put the champagne without a stopper in the fridge. So I made a mental note to buy her one so her bubbles last longer. Note: To be used for the next time that I’m home. 😉

5. Handmade Mother’s Day Card from Etsy – I try to support independent artists as much as possible and etsy is a great place to find things made by them. I ordered the below mother’s day card from etsy and it’s beautiful (may I also add that it’s already written out? 😉 ) 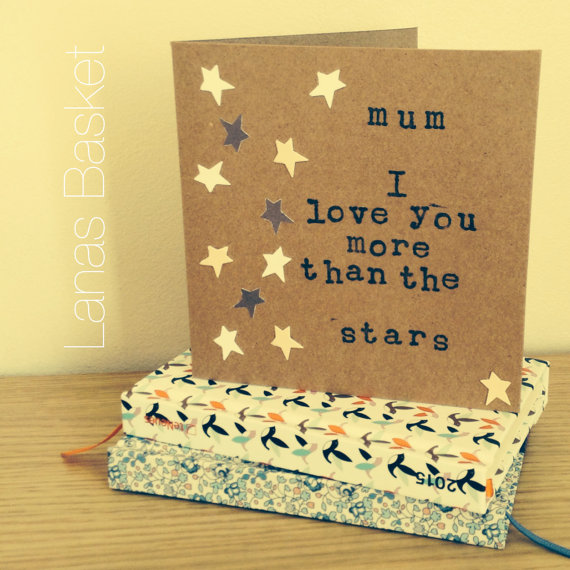 Cup of Jo has some great mother’s day gift ideas if you’re scrambling for some.

Whatever you’re doing this year, whether you’re a mamma or a mamma-to-be, or just honoring your mamma, I hope you feel loved and make any mamma around you feel loved, special, and honored.

Colin turned one on Wednesday, and in the spirit of remembering this time, these are some of the things that I’m loving about him right now.

1. His hands – Be still my heart. When he gets excited about something that’s about to happen or is antsy for a bottle, he rubs his hands together, and holds them, fingers wiggling, for patience or… for something. When he wants bread, or carrot sticks, or to be picked up, he sticks out his hands in the air saying “give me, give me” or “pick me up.” 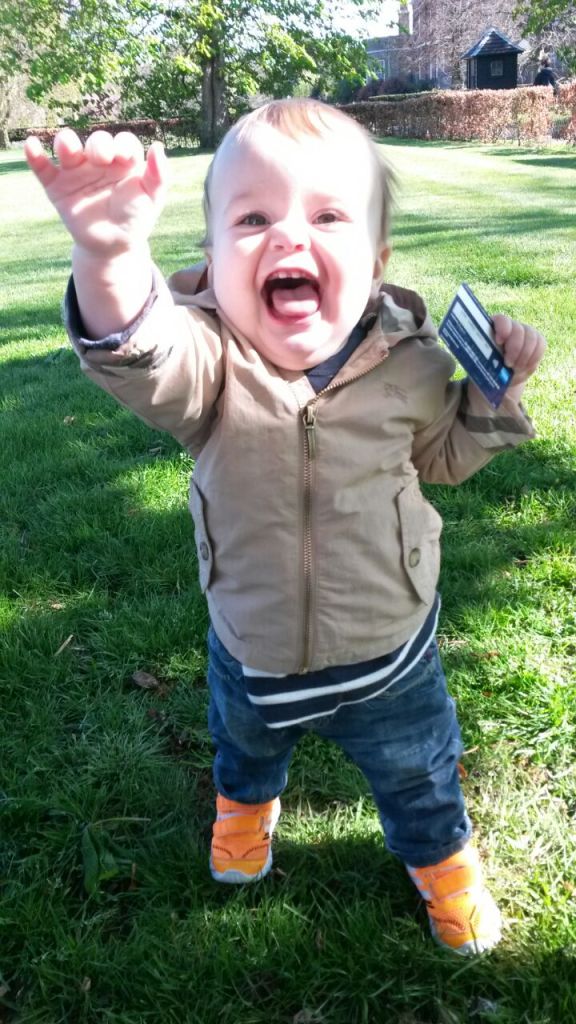 2. He is a fan of repetition. So if you come up with a game that he loves (having him throw himself off the bed into your arms), he’s going to want to do it 100 million times. I warned you!

4. He loves to crawl and walk holding objects. I don’t know if this is a security thing….If you try to take one from him, all hell will break loose. 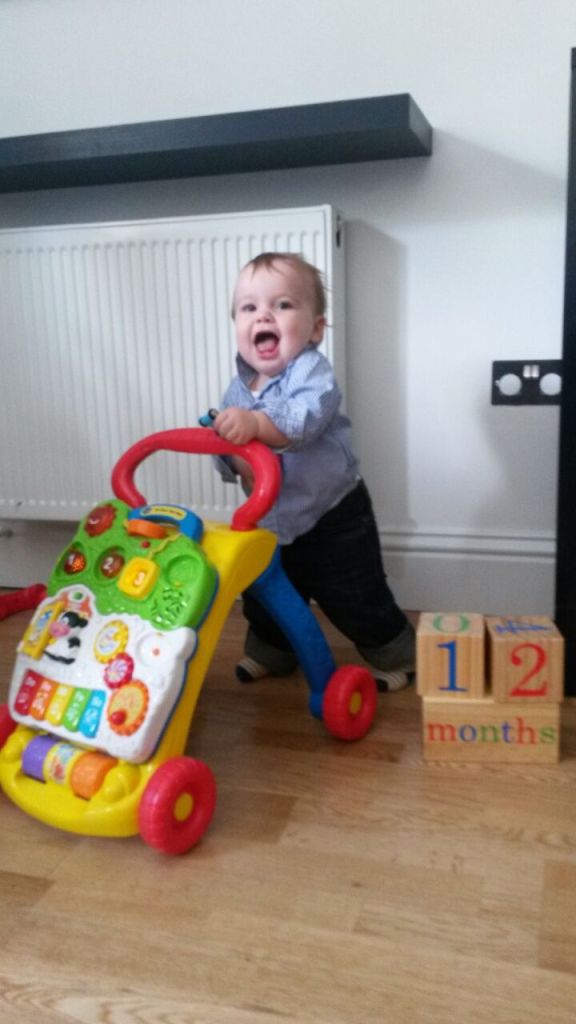 5. He loves rice. And if he sees it’s for dinner and we’re not fast enough at preparing it, he’ll burst into tears. At first I was hesitant to introduce him to rice, but then I thought….He’s a growing boy, there’s nothing wrong with supplementing his diet with a decent carb.

6. He loves to cuddle into his Dad and there’s nothing that makes my heart beat faster than seeing this. It’s so important for me for their relationship to be solid and to be strong, that when he wants his poppa, I get out-of-the-way, fast.

7. His Poppa is much more fun at bath time than I am. He makes noises with airplanes, helicopters, and cars, and now Colin, when he’s holding a toy, tries to emulate his father by making car noises. It is adorable.

8. He loves placing toys into other toys, or rice granules in his blue cup.

9. He’s now into testing his strength, crunching Cheerios or carrot sticks into little pieces, and throwing them on the floor.

10. When he knows he’s not supposed to do something, he looks at me to gauge my reaction and then decides to go on and do it anyways (like touch these champagne bottles).

As the London weather improves, there’s no place I rather be than my Patio (even if the cushions are still stored away in the shed). Excuse the laundry, but there’s also no better way to dry wet clothes than using some good old sun. 🙂

Combined with a Passion Planner, Lemon and Honey Water, this working space totally beats Starbucks, as I can never focus enough due to the noise.

What things are you enjoying today?